The TURBOMIXER of the series GTM and GMG has been developed by Gorreri after more than twenty years of experience in this field, scientifically studying the behaviour of the fluids during the passage through the mixing head, this knowledge brought us to create a new technology, called VERTIMIX that many tried to imitate, but none can compare. Our principle is based on the vertical position of the mixing head, instead than a horizontal one as it used to be in the past, in a way to make out the most of the “spring effect” produced by the product inlet in the mixing room.


This simple principle of the fluid dynamics was essential to us, and it has been the strongest point of our success, the product enters in the mixing head from the lower level and it immediately fills up the whole head volume, even when one works with dough at high specific weight, the gravity force does not exerts its action as in the usual head at horizontal axis. A uniform distribution of the product allows a higher yield of the mixing head and a better homogenisation of the ingredients with the gas we put in with the product. The final product we obtain is distinguished by a perfect alveolar structure.

Much more uniform and compact than usual; furthermore, optimising the air/product ratio we are able to obtain a much better density than the one obtained with the traditional system. The action of the heat transferring fluid is improved in respect to the horizontal mixing head; the fluid, continuously cooled by an external unit, enters in the double wall of the mixing head from the upper point, opposite to the inferior inlet point; in this way the flow will be counter current in respect to the product flow. This mechanism increases the heat transfer of the +20% compared to a traditional system. Furthermore our units can be equipped (optional) with advanced automatic thermoregulation systems suitable for every product type. Choosing the VERTIMIX system, means giving the final result of the product to the firm who transformed research and technology in equipments of superior quality and performance. 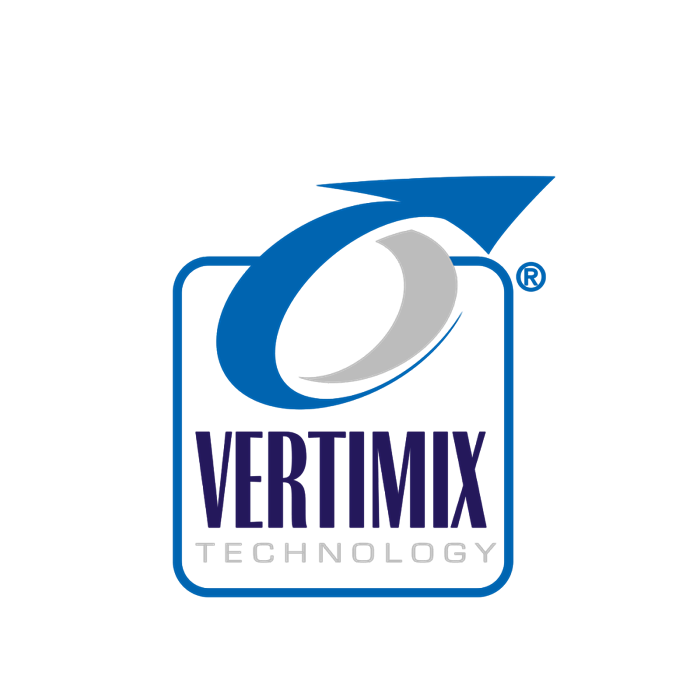